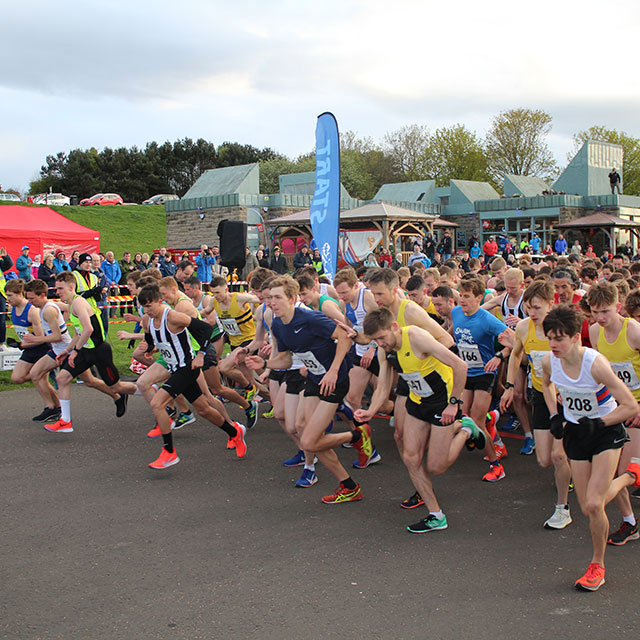 The Run and Become Sri Chinmoy 5km race again lived up to its expectations with a great turnout of Scottish club runners toeing the start line.

Once again it hosted the Scottish 5km Road Championships, and GB International Kris Jones led a large group of runners at the 3km point. The Dundee Hawkhill Harrier, winner in 2017, proved the stronger in the last 2km and reclaimed the title in a swift 14 minutes 26 seconds, just 9 seconds outside the course record time Calum Hawkins posted in 2016.

His young Dundee club mate Jamie Donald followed in 14.31 and with that claimed the Scottish under 20 title. Last years champion Lachlan Oates from Shettleston was 3rd in 14.39.

The women's race was also keenly contested. Mhairi Maclennan, Inverness Harriers,  was 2 seconds ahead of Central's Morag Millar at 3km. Over the last 2km Millar edged ahead to finish in a new course record time, and personal road PB of 15.49, 20 seconds inside the 16.09 set by Maddy Murray in 2016. Mclennan, 6 seconds behind in 15.55, was also inside the old course record. Shettleston's Irish international Fionnuala Ross was 3rd in 16.18.

Zoe Pflug from Edinburgh Uni took the under-20 title. Although not eligible for Championship medals there were outstanding runs from 15-year-old Anna Hedley of Fife AC, to finish 5th lady overall in 16.54. 16-year-old Hamish Armitt Giffnock North recorded an excellent 14.41 in finishing 4th overall.

In the traditionally hotly contested team competition, Edinburgh University Hares and Hounds were winners ahead of Corstorphine and Cambuslang in the men's race.

The traditional strength in depth was again evident with 100th place being 16 min 19 seconds, 206 runners inside 18 minutes and 327 in total breaking the 20 minute barrier.

The Run and Become / Sri Chinmoy 5km road race at Silverknowes is quite simply acknowledged as one of the most competitive in depth short road races in the Scottish calendar. The flat riverside course along the shore of the Firth of Forth lends itself to fast times.

Whatever your standard, the momentum of this event from start to finish line seems to bring the best out of everyone and gets the adrenaline flowing. Whether you are challenging for national medals, or intent on lowering that recent or longstanding PB, this race will offer the opportunity that you are looking for. 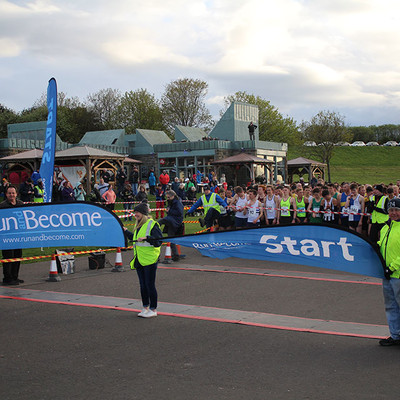 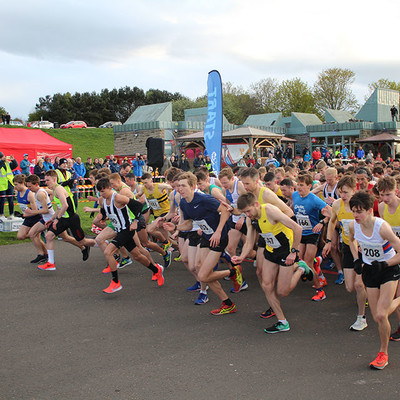 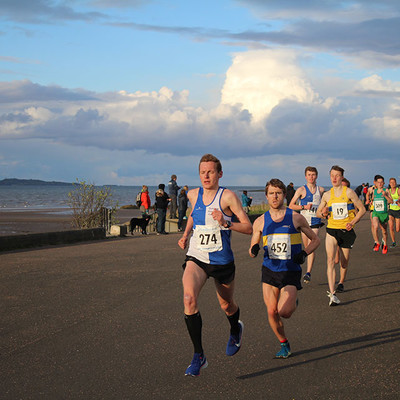 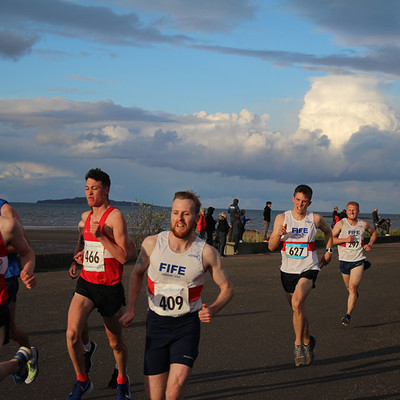 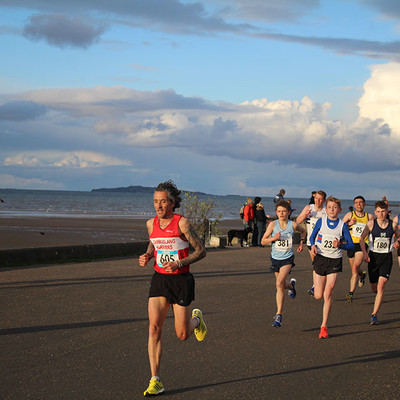 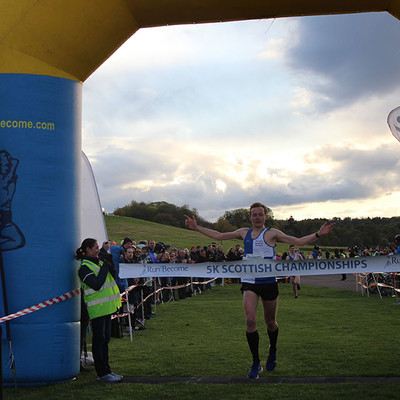 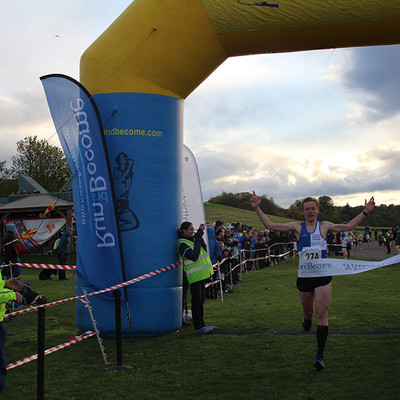 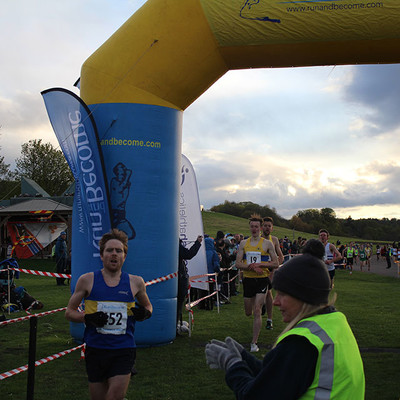 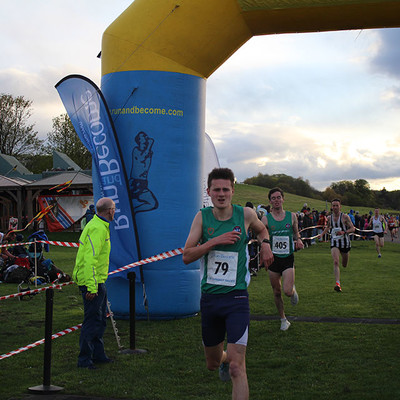 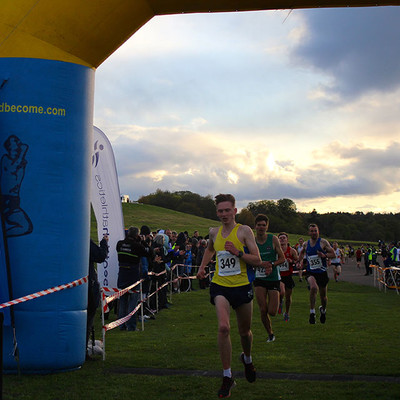 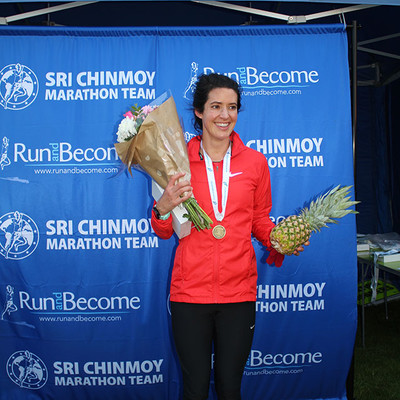 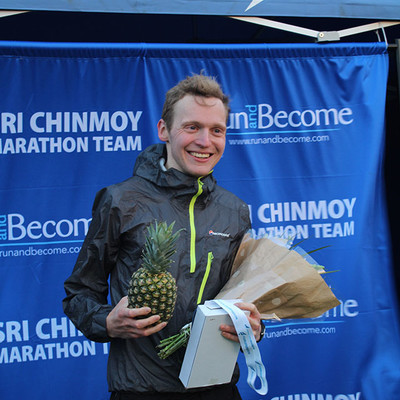