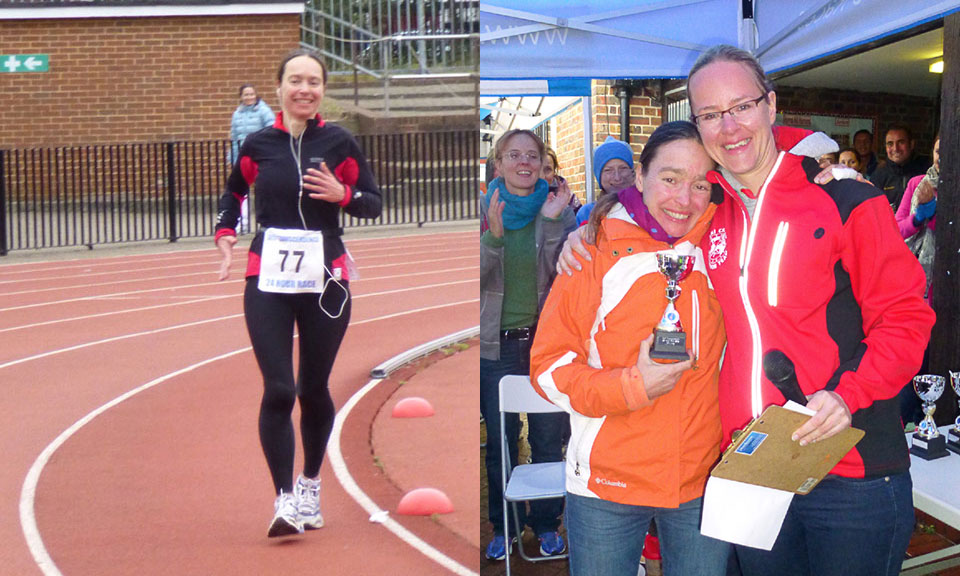 Training for a 24hr Race

I have always loved my weekly long run and have a favourite 23 mile run in the countryside around Bridge of Allan, where I grew up, I did this once a month through the spring and summer, on other weekends I did a long run of 17 to 20 miles. Occasionally I would run the next day as well, it was something I always meant to do but it didn't happen much. This isn't actually that much training but I didn't want to shock my body by increasing the workload too quickly. In August I ran a 47 mile race, that was my last long run before the 24 hour, I loved it and was about 20 minutes faster than the year before (8.20.35). After the 47, I did some tempo runs to try to get some speed back into my legs and then just rested and ate really healthily in preparation for my big adventure.

At first I really struggled to find my rhythm and pace – I knew I wanted to go out slowly, but everyone it seemed to me was charging past, round and round the track. The track itself seemed to give off so much energy. I tried to run as slowly as I could, knowing towards the end of the race I would be trying to run as fast as I could but would probably not be able to run even at the pace I was doing at present. An hour went past, then 2 hours, 3 hours, and I was still faster than my goal pace of 12 minute miles, so I decided to walk for a lap every half an hour when I took my drink as well as on the hour when I had a snack.

This rhythm worked well for me and I stuck with it pretty much for the whole race, though possibly towards the end it would have been better had I not walked a full lap after I had had my drink as by that time I was so stiff it took a while to get back running.

After 12 hours my slow start began to pay off and after I had done 70miles I started overtaking people, I was in the zone, jogging along, round and round the track. I felt intense gratitude that all this was possible, in a way I felt powered by gratitude. For me the key to running an ultra is to be able to stay in that frame of mind. At some point in the night, around 3 or 4 in the morning I started struggling a little, just getting stiff and sore. I had been lent a shuffle and had just put a whole load of different music on – I never run with music and didn't really know what I would want to listen to. Now I know – rhythmic victorious film music played on the horn works best for me! Each to his or her own! Anyway soon I was happy and 'running' again.

Even right at the end I found it less painful and faster to jog, rather than walk, again that is totally individual, some runners were able to walk so fast and found that easier than running. The rain started two hours before the end, I didn't change my clothes quick enough and ended up wet, cold and a bit miserable – I should have changed immediately the rain came on. I will definitely do that next time. Once I had changed I felt so much better and quickly got back into my shuffle run. Then the 24 hours were up, I had run 109 miles 270 yards and had come 12th overall and 4th lady.

Nutrition in a 24hr Race

What to eat is always the million dollar question during any ultra – everyone is different, what I ate and drank worked brilliantly for me, but it might not for anyone else. At the beginning of the race my table was piled high with all my supplies – I was being asked if I thought I was doing a 6 day race, rather than 24 hours!

I got a lot of my food inspiration from Scott Jurek's book Eat and Run, as well as Brendan Brazier's Thrive Diet. Both are vegan and as I am vegetarian it was perfect. Dulse or seaweed is incredibly good for putting into smoothies as it helps balance out the salt and electrolyte content in the body. Coconut oil is a very good source of carbohydrate, dates are a very good source of energy. Chia seeds are full of protein and also help with hydration. I made up an energy smoothie using some of these ingredients, it tasted great and really helped.

I had also heard that it was good to have a protein drink every 4 hours. I made one up with hemp protein powder, pineapple, ginger and some vitamin C as they all have anti inflammatory properties. This was so delicious, or possibly was so full of everything I needed, that I guzzled it down and it ran out before the end of the race. 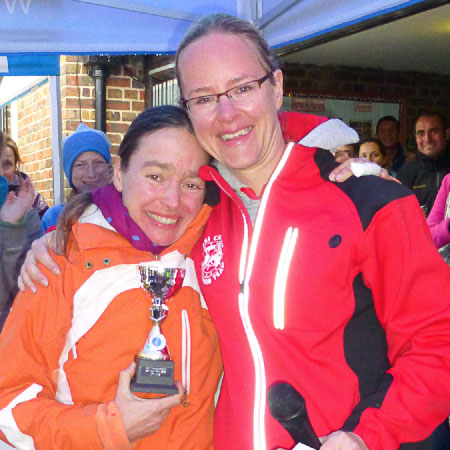 The key seemed to me to silence the mind, not allow any negative thoughts or worries to surface. A few months before the race, the book Sport and Meditation by Sri Chinmoy, my meditation teacher, came out. Here are a few of the poems that I read in the book that really helped me during the race and also in my preparation:

"Our heart's gratitude
Produces a sleepless energy
Which helps us bring about success
In each and every aspect of our life." – Sri Chinmoy 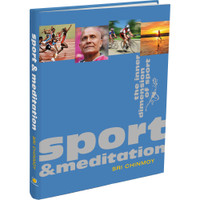 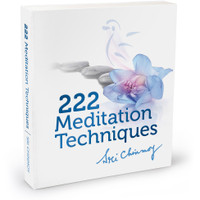 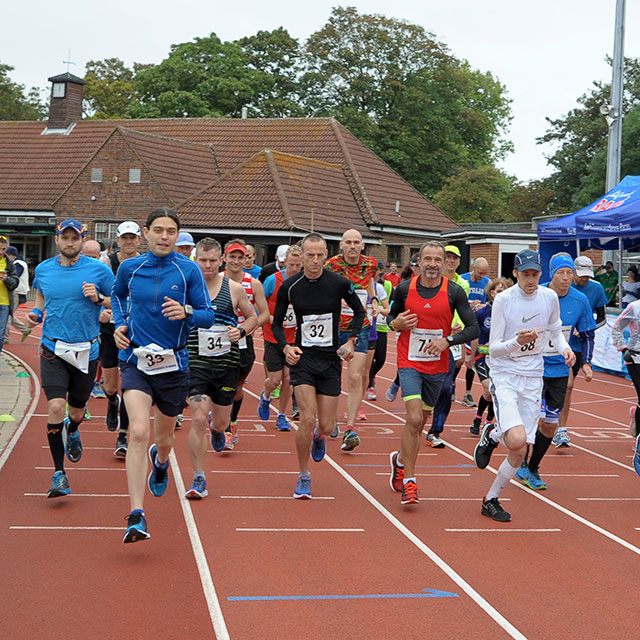