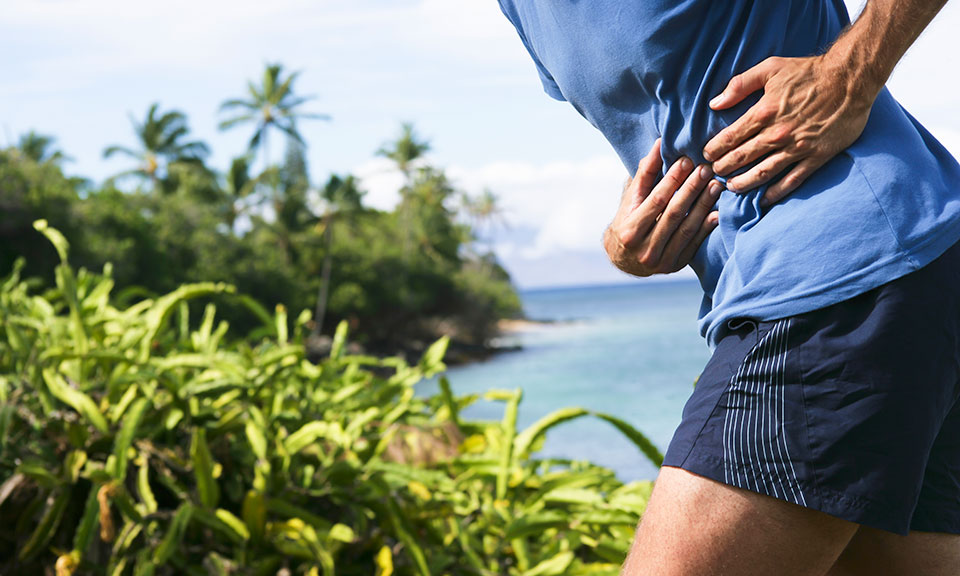 We’ve probably all been there: often in a race, running so well, and then suddenly, out of nowhere, that pain in your side, A STITCH. What can you do? Here are some thoughts and some possible things to try out, based on my own running experience, and the experience of my fellow colleagues at Run and Become. If your pain persists, do seek medical advice, in case it is something more serious than a stitch.

Firstly, what is a “stitch”, or “side stitch”? It is essentially a cramp in the diaphragm – the big dome-shaped muscle separating the lungs from the stomach, and the main muscle used for breathing. So a side stitch could potentially be caused by pressure either from above (the breathing), or below (the digestive system). Common causes in running are: pushing too hard (in a race), incorrect drinking or incorrect eating.

A stitch from incorrect breathing

Quite possibly this is one of the most common times to get a stitch is when pushing hard in a race, so why does it come? My thoughts are that it is caused by incorrect breathing and more precisely because of too much carbon dioxide (waste air) in the lungs. When you are really pushing it, generally your breathing becomes stronger, the rhythm changes and often you start breathing in more than you are breathing out.

Try ‘panting’ right now, as though you are really pushing it, what is happening? The more intense it gets, the less and less you are breathing out?  Isn’t all the emphasis on breathing in, rather than out? I have found that when I have got a stitch, if I have really focused on doing the opposite, i.e. breathing out really loudly and ‘fully’ my stitch has gradually gone away.

A stitch from drinking

A stitch can come from drinking too soon or too much water before a run. Monitor your fluid intake before your run. Of course you need to be well hydrated especially on a hot day, but maybe you need to give yourself a bit more space in between having some water/electrolyte fluid and running. The other thing that could help is taking water with you when you go for a run, so you don’t feel the need to drink so much water before you run. There are many really convenient way of carrying water, check out our website for some good options.

A time when I have often found I’ve got a stitch is when drinking water during the run, I think one reason could be because your regular breathing pattern has changed while you take the drink. Some people have found slowing down and walking a few steps while they drink can help. If you don’t want to slow down, try not to gulp the water, try taking small sips of water over a longer period of time, while focussing on keeping the rhythm of your breathing as normal as possible.

A stitch from eating

Another reason for a stitch can be if you have eaten too soon, too much or the wrong thing before a run. Generally speaking most people prefer a 2-3 hour gap in between eating a proper meal and running. As it is very individual, try varying what you eat, if you feel the need for a snack before you go out. Some people find an energy bar half an hour before going out works well. I’ve found I can eat some fruit – for example, a banana – literally just before going out the door and I’ve never had an adverse effect, but it is such a personal thing. (For more information on this vast topic see our article What to eat before running).

So those are my thoughts on this topic, I hope that has helped a little, hopefully it has given some ideas and tips of things you can try.

Bhauliya Moss
More by this author » 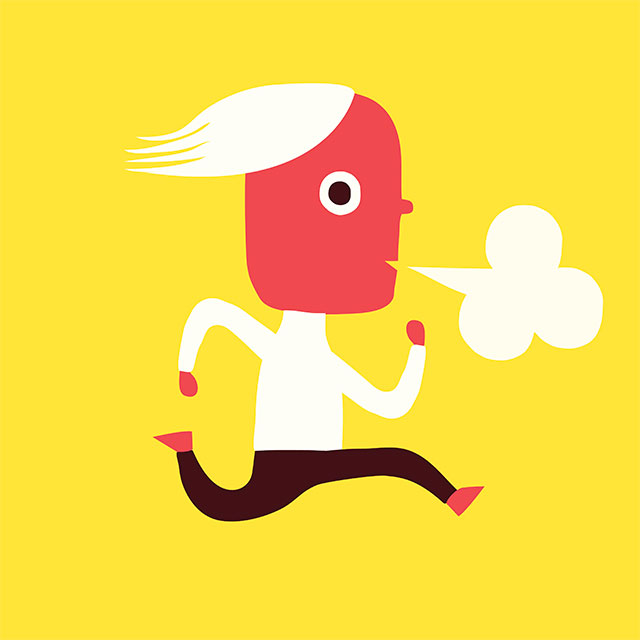 How to Breathe While Running » 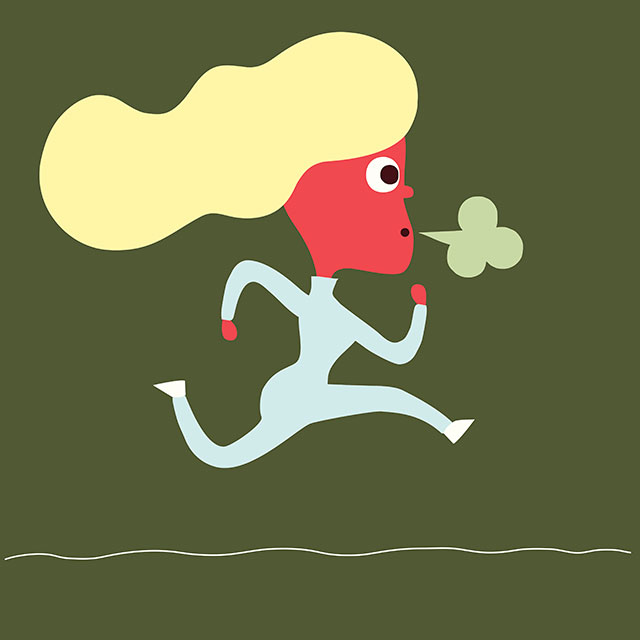