How to transform your running technique 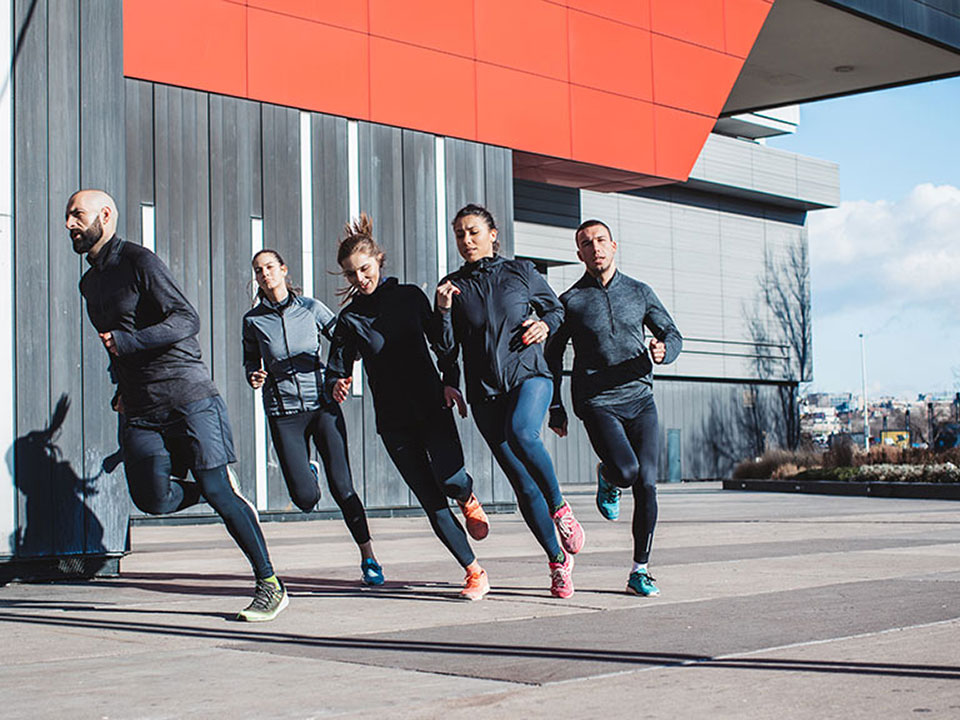 Do you feel your running technique is not what it could be and you are not reaching your full potential? Do you struggle with injuries? If so, it's likely that you need to improve your technique.

Overstriding is when the runner's stride is too long for their running speed. This means they land on the heel with a straight leg. This is high impact and can lead to pain or injury.

The impact is usually felt in the knee, hip, lower back or achilles. Overstriding also makes running hard work, as landing on a straight leg has a braking affect each time you hit the ground. If you are overstriding then shorten your stride, so that you land on a bent leg with the ankle directly under the knee.

Many runners also dorsiflex the foot (pull the top of the foot up towards the shin) as they land. This exaggerates the heel strike and can lead to injuries like shin splints. If you have a tendency to do this, try to relax your ankles and shins so you have the whole foot landing (midfoot strike).

Running cadence means the total number of strides you take in a minute.

If you have a Garmin watch or similar, you should be able to find your cadence there alongside your heart rate etc. If not, you can use a metronome app on your mobile phone to set your cadence. I often find runners who are overstriding have a cadence around 160 or lower. If this is true in your case, try to increase your cadence to at least 170 and then up to 175 and even 180.

Problem 3: Not leaning forward with the whole body

Many runners are very upright when they run. This means they don't get any assistance from gravity to move forward.

The combination of overstriding, heel striking and upright posture makes running high-impact and hard work. The solution is to have a forward lean. This engages gravity to help you move forward. It's a very natural way of running; just observe young children running. Also all the top distance runners in the world run with a lean, as it's more efficient.

It's important to have a whole body lean from the ankles, without bending at the waist. This helps avoid lower back pain and also allows the core muscles to help you run more efficiently.

A few runners naturally run on the forefoot and have always done so with no problems. But it is common that many runners hear that they should not heel strike and they over-correct so that they are landing too much on the forefoot.

This puts a lot of strain on the calf and achilles tendon, so often runners injure their calf and achilles in this way. To avoid the problems associated with heel striking or forefoot running it's better to think of having a midfoot or whole foot landing. In fact what I personally recommend is to relax the foot and ankle and land in the most natural way possible.

The most important thing is not footstrike, however, but landing on a bent leg. When the runner straightens the leg in front on landing, it's very high impact and usually results in pain and/or injury.

If the runner increases cadence and shortens the stride so as to land on a bent leg, with the whole foot landing, this is lower impact and more energy efficient. When the runner lands on a bent leg, the leg works in the way it's is designed to work and absorbs the impact of running more efficiently.

When you first start running in this way you will feel that the impact is taken more in the quad muscles rather than the knees, hip or lower back etc. At first the muscles may become sore as they adapt to the new impact. But after a few days they strengthen as they absorb the impact in a natural way and there should be no further discomfort.

As we get older, many runners start to use a pendulum leg action – over-striding and heel striking. So it's a good idea to work on your circular leg action to rediscover your natural way of running. When you're running faster you can open your stride out behind you, then your leg will circle forward and you will land on a bent leg with a whole foot landing. To watch this in action, see a world class distance runner at top speed.

Problem 7: The force of the oncoming road

So the most important key to good running technique is to land on a bent leg with the right cadence. Then just relax your feet and ankles so that you land in a natural way. Then bring in a forward lean to engage gravity and push you forward. The next step is to work with the force of the oncoming road.

Obviously the road is actually stationary and it is the runner who is moving. But as you run, it's as if the road is coming towards you. If you overstride and land on a straight leg you collide with the force of the oncoming road. This is high-impact and can also slow you down.

So a more advanced running technique is to match your cadence to the speed of the oncoming road, then you can blend your footstrike with the force of it. This force takes your foot back behind you and the elastic recoil in your tendons and ligaments brings your leg back into position again. When you want to go faster you lean more and gravity pushes you forward more. The road is thus coming towards you faster and taking your leg back more quickly. This makes your running very efficient and low-impact.

The first stage is to video the runner and see the main things to work on and improve.

Often when we look at the videos it's quite obvious what the problems are.

The second stage is to teach the runner all the basics of running technique.

This takes about three hours one to one or four hours in a group workshop.

In the third stage the runner needs to practise the drills and exercises learnt, to bring the new technique into training runs. It usually takes about three months of practice for the body to adapt to the new technique.

Also the brain has to rewire itself. At first the mind will keep trying to bring you back to your old way of running. But if you persist with the new improved technique, after a while it will carefully map your new way of running so that it becomes your new default setting. This usually takes about three months. In my case it took about four months as I had already been running with my old technique for about 25 years! After about four months of practising the new technique on all my training runs, I took part in a running relay and as I was running I realised that my body was running with the new technique without any conscious effort on my part.

I find the runners who are most successful in transitioning to the new technique are the ones who follow up once a month for the first three months. Each month I video them and check progress. This is important as otherwise there is a tendency to drift back to the old style of running. Many runners think that they have changed their technique 100% but when I video them it's usually about 25%.

Another common mistake is say that the new style is hard work or high-impact. But when I video the runner we find that they are not running in the correct way. So it is important to check and see if you are changing in the correct way. If the runner has changed their technique correctly, everything will feel easier and low-impact. If this is not the case something is wrong and needs to be corrected. But if the runner persists with the training after about three months they succeed in improving their technique and their running becomes lower impact and more efficient.

So if you want to improve your running technique, follow through the different stages as outlined above and you should be able to reach your goal. Think of a gradual progression, have patience and persistence, and you will succeed. If you're based in or around London, here are your options for working with me on your technique:

Running technique coaching »
30min video analysis sessions to see what you need to work on. These sessions are usually on Monday and Wednesday lunchtimes but can be booked online anytime within shop opening hours.

60 min Transform Your Running sessions »
These longer sessions are the same as the 30min sessions but with more time to work on your technique. These sessions are usually on a Saturday but can be booked online at anytime during shop opening hours.

Chi Running workshops »
This is a monthly four-hour group workshop which takes the movement principles of Tai Chi to improve your biomechanics for running. The founder of Chi Running Danny Dreyer is still running marathons at age 70.

Balavan Thomas
More by this author » 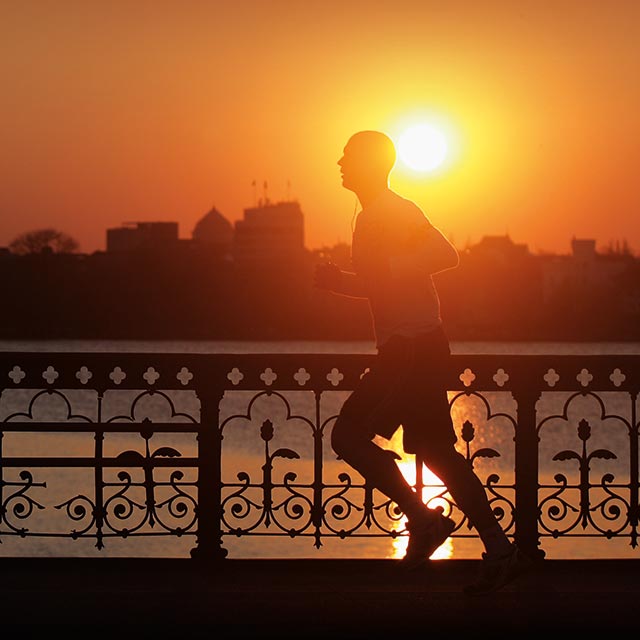 What is Chi Running? » 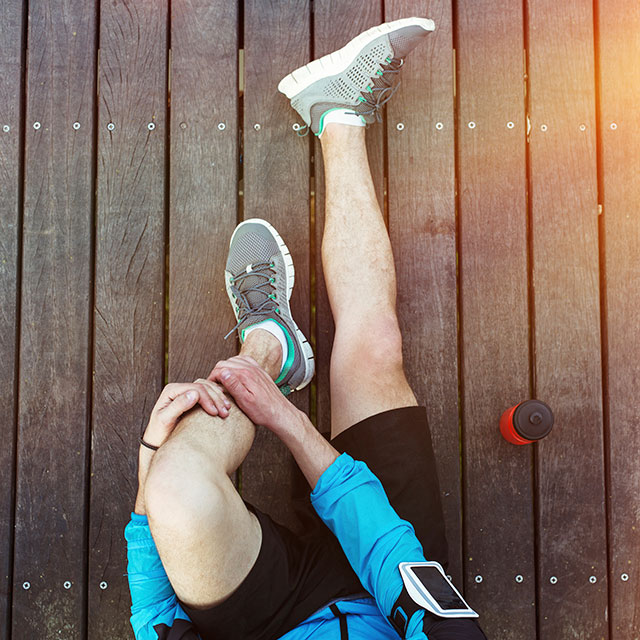