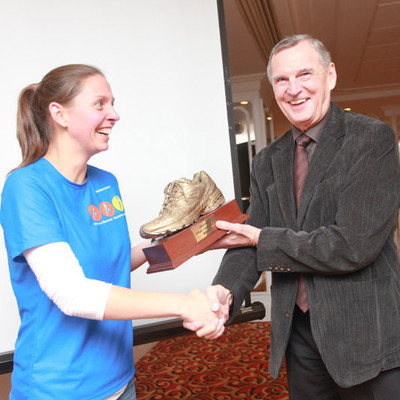 The final of the Brooks Great Lace Race took place in Brighton on 19th November and we were delighted to have a Run and Become employee involved. The task that was given to running shop employees around the country was to lace a Brooks GTS running shoe as fast as possible - simple. Except there are quite a few loops and hoops, and the rules say they have to go through every single one of them, so anyone with less than nimble fingers could easily end up in quite a fangle!

The first 2 rounds took place in-store (in which some of us got into the afore-mentioned fangle). The fastest 4 from around the country were invited to London for the semi-finals. Shyamala Stott from the Edinburgh store had safely made it to the semi-finals, where she was quite surprised to find herself fastest qualifier for the final. There she would be up against Rob from Fit2run in Oxford. The final took place the night before the Brooks Brighton 10k, at a dinner with Brooks employees and Brooks sponsored athletes.

To get everyone in the mood there were a couple of 'warm-up' races. The first was between Brooks reps Eric and Tim, followed by sponsored athletes Sarah Tunstall and Ben Whitby, with Tim and Sarah coming out clear winners. Then it was the turn of the pro's. Shyamala got a decent time in on the first round (22 seconds, for those of you who want to try at home!). Rob came close in the 2nd round with 24 seconds but Shyamala held on to claim the Golden Shoe which will now be proudly displayed in Run and Become Edinburgh for the next year.

The Sunday saw perfect running conditions for the 10k race, which is run on a flat out and back course along the sea front in Brighton. Ben Whitby took the men's race in 29.52, showing he's a bit more useful with the running shoes on his feet than in his hands! Sarah Tunstall took 2nd in the womens race with 36.17. 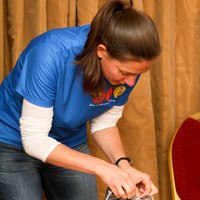 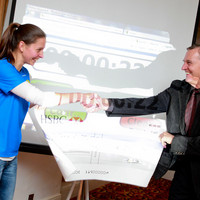 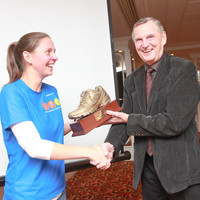 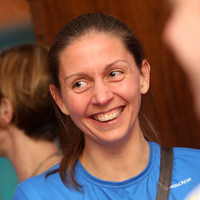