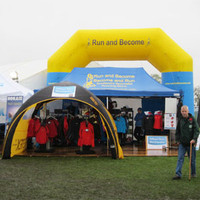 This year saw the Baxters Loch Ness Marathon and Festival of Running celebrate its 10th Anniversary. Since the first year it has grown into one of the biggest running events in Scotland and now includes a 10k, 5k and the Wee Nessie fun run for under 5s, as well as the full Marathon. It attracts runners from all over over the world, as well as every corner of the UK, with over 8000 entrants across all the races this year.

Run and Become have been attending the race since its 2nd year, with a small selection of the running shoes, clothing and accessories that we have on offer in our 3 shops. We have a stall on the Saturday at the event village and on the Sunday at the finish of the race in Bught Park, Inverness. Over the past 4 years we have worked with Gore Running Wear to develop a range of merchandise for the event.

It's easy to see why so many runners come back year after year - the event is superbly organised and makes an ideal weekend away for families or running groups. There is a pasta party, complete with Ceilidh band on the Saturday. The finish area on Sunday includes the Baxters Food and drink Fayre, with an array of food to keep spectators occupied until their friends and family finish. They can also watch the Wee Nessie fun run, which has to qualify as the cutest race in the country! It's a 400m run for under 5's with all the same features as the other races: t-shirt, medal, even a banana and a bottle of water. The Marathon runs along the side of Loch Ness and into Inverness and it's hard to imagine a more stunning course in terms of scenery: the loch, the mountains, the distraction of looking for Nessie! Although the Marathon is by no means flat, many runners have run PBs there and the 10k is a definite PB course, thanks to all the lovely downhill in the first half!

Despite Scotland being infamous for less than perfect weather at times, the Marathon day seems to always provide near-perfect running conditions. The Marathon was won this year by Tomas Abyu of Salford Harriers in 2.20.50 followed by Ross Houston (Central AC) , who became Scottish marathon champion. The women's race saw Lisa Finlay (Dumfries Running Club) just dip under 3 hours to take the title in 2.59.14. Also recording another top ten finish was Erica Christie, who is one of the ten 'ever-presents' who have run all 10 Loch Ness Marathons. In what was a lovely touch from the organisers they were all presented with a commemorative trophy, t-shirt and cupcake in a special ceremony on the Saturday.

Entries are open for next year and we'd definitely recommend it, whether you're running your first 10k, or your 50th Marathon!

Find out more at www.lochnessmarathon.com » 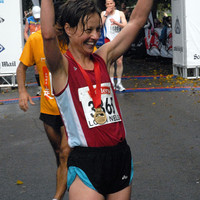 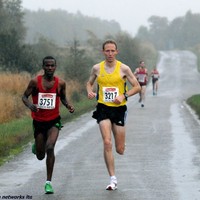 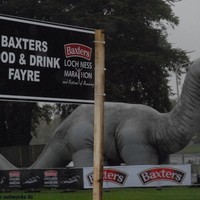 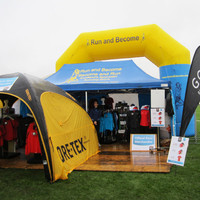