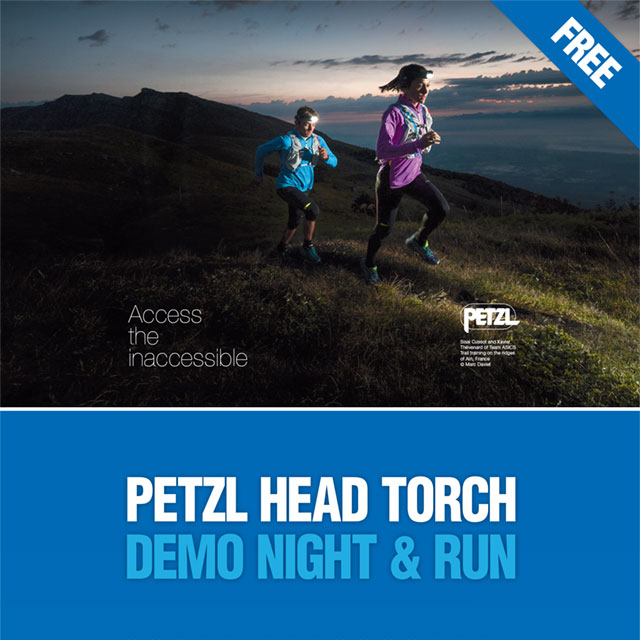 Run and Become Edinburgh was the venue for a demonstration of the latest Petzl head torches, and a chance to go for a short run to try them out.

A rather inclement, wet and rainy November evening diminished numbers a little, but in some ways it was a perfect dark night, for outdoor enthusiasts to trial a head torch.

Greg Faulkner-Corbett, one of Petzl’s torch gurus, gave a brief talk explaining all manner of technical things about beam, flood, spotlighting and the like, which is basically dealing with the area a torch beam can be made to cover with different settings depending on the environment you are in. He also waxed lyrical about lumens and beam strength, so one can work out how strong a light you need.

Reactive lighting, something that Petzl have pioneered in small head torches, was also explained to everyone. On the more advanced models, a sensor can automatically adjust light levels according to the environment, so that in low urban street lighting, you are not using as bright a light as if you are in a woodland or forest setting.

Then it was time for everyone to choose a torch, quickly get acquainted with the simple push button controls and head out for a run.

We set off at a steady pace from the store, in Edinburgh’s West End not 200metres from Princes Street and the very centre of Edinburgh. Edinburgh is a city where you are never far from a trail or a park and within 2-3 minutes we were at the Dean Village, beside the Water of Leith.

We were able to first use the well worn Water of Leith trail down to Stockbridge and back which was on a fairly good surface. With recent heavy rain the water was running fast and noisy. We set ourselves off in groups of two so that the lights from a multitude of torches didn’t make for too much light and everyone was able to fathom how the reactive lighting worked on different stretches of the path.

We then headed up towards Murrayfield and Roseburn, on a slightly more uneven section, so everyone could get a better feeling for how aspects, like angling the torch up or down in conjunction with the reactive sensors can give a longer or shorter beam length.

Although only approx 5km was run, the evening was a fun way for some of getting an introduction to running with a head torch, while for the more experienced runners it was a chance to try out the latest Petzl technology and how it might help them in future night time trail and hill events.

The rain actually held off for most of the run, but it was good to arrive back to the warmth of the store, and chat, share questions and observations on respective torches.

*All are available to buy online, but not all models stocked in all our stores, so please contact us to check stock if travelling. 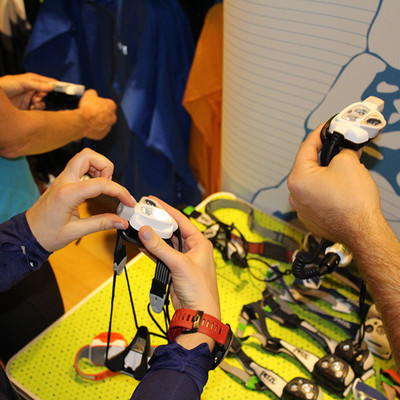 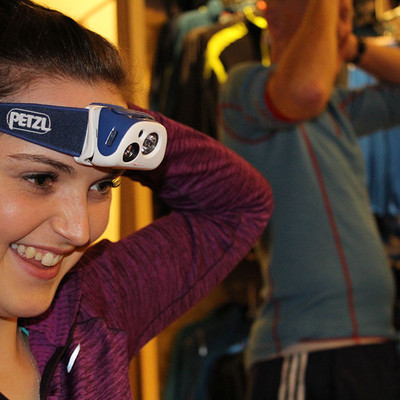 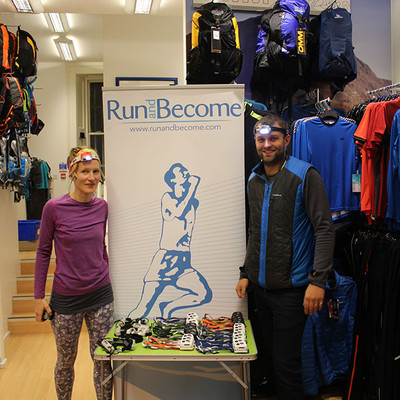