The Mail on Sunday (Financial Mail) 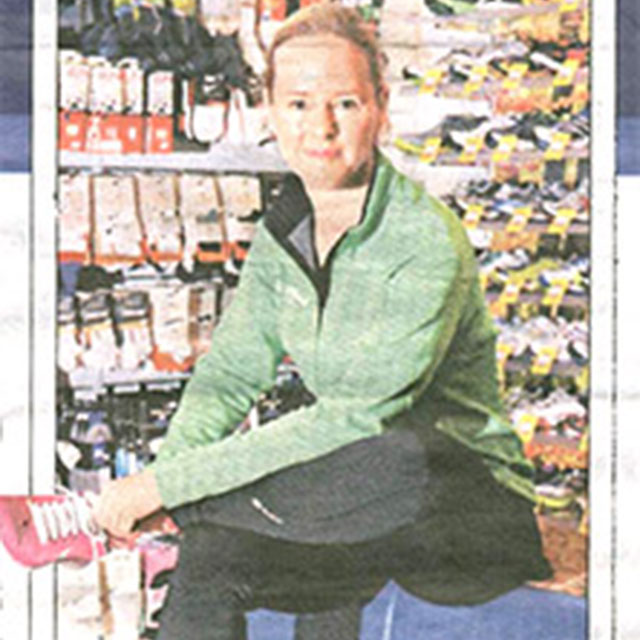 If you want to race ahead, offer more than your rivals

THE high street is an increasingly tough place for retailers, with 194 retail chains falling into insolvency last year – six per cent more than in 2011.

With shoppers ever more cautious about spending, small businesses need to ensure they stand out from their larger rivals if they are to survive and thrive.

A lack of specialist running shops gave Tony Smith, the founder of Run and Become who died six years ago, the idea to open one in London in 1982.

Today running is a mainstream sport and the firm is competing against larger retail chains, including SportsDirect and Sportsshoes, which dominate the growing sports footwear market.

Yet by offering specialist advice and in store gait analysis to ensure customers buy the right shoes for their running style, the business, run by Tony’s daughters Shankara, 40, and Dipika, 37, has kept its niche spot in a crowded marketplace.

The company employs 25 people and has shops in London, Cardiff and Edinburgh, as well as its online store.

Overall it stocks more than 220 types of running shoe. But it faces stiff competition.

Sport England says that the number of people doing athletics – which includes recreational running and road racing – is rising seven per cent a year and has passed two million.

A pair of road running shoes costing between £85 and £110 from Run and Become can be bought for less than half that from the bigger chains, but Shankara warns that it can be a false economy.

‘Running in poorly fitting shoes can lead to injury. Being fitted with the right shoes is a key to preventing this,’ she says.

With the firm’s free natural gait analysis service customers run along the street while being assessed by an expert who matches it with the most suitable shoe.

‘Running spend is on the increase, and more large retailers are getting involved, but not to our level of expertise or customer service. That is our USP,’ says Shankara.