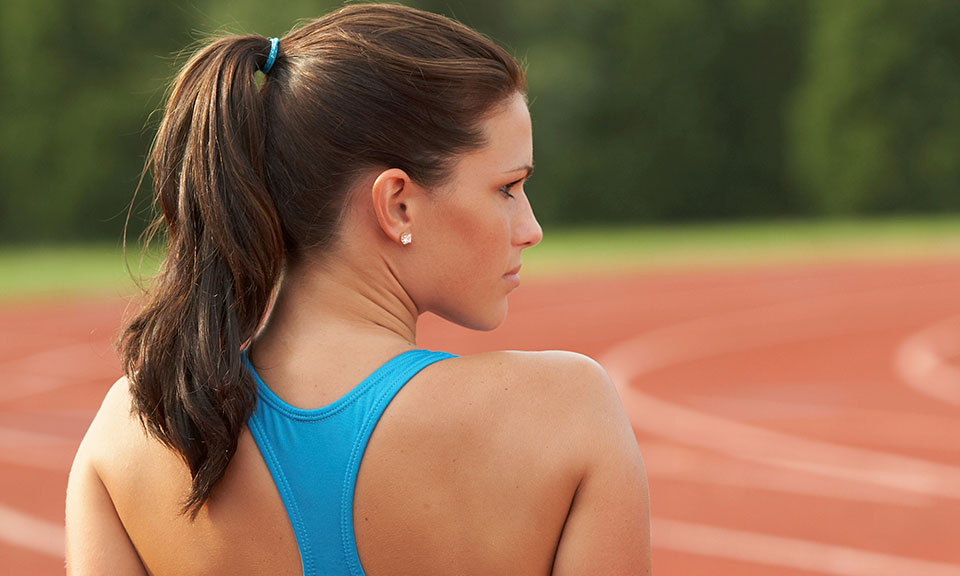 Run and Become staff attended a talk at the University of Portsmouth. The group, led by Dr. Joanna Scurr, are internationally renowned for their research in women’s breast health and aim to raise awareness of an important issue for women. Below is an overview of what we learned about the importance of wearing a correctly fitted sports bra when exercising.

Why should I wear a sports bra?

Before mentioning how a sports bra should fit, it’s important to understand why a sports bra is needed when exercising. The average breast size in the UK is a 34D which is 500g per breast, meaning that the average woman carries 1kg of extra weight. As the breast has no muscles and is not connected to any muscles in the body, the breast moves independently of the rest of a woman’s body. The breast is only supported by 2 weak structures: the skin itself and ligaments named Cooper’s ligaments and so a good sports bra is needed to give support, prevent breast pain and limit the movement when exercising, especially when running.

What are the consequences of not wearing a sports bra?

As mentioned before, the breast moves individually to the rest of the body and the skin is able to resist a certain amount of strain. However, if the breast moves 60% or more then irreversible damage can occur meaning that the Cooper’s ligaments and skin will not return to their original shape once stretched. This can lead to a case of mastalgia (breast pain) and breast ptosis (breast sag). This makes a sports bra vital during exercise as it prevents damage to the breast by not allowing the breasts to move as independently as they would without a sports bra.

It has been suggested that not wearing a sports bra can have an effect on your performance. Research has shown that women have to work harder with a regular bra compared with a sports bra due to an increase in upper body muscle activity and so if the breasts aren’t supported properly then the use of the upper body muscles when running is increased. A change in breathing patterns has also been shown; women are more likely to take shallower and quicker breaths without a sports bra as there is more pressure on their rib cages.

Research conducted by the University of Portsmouth has shown a change in running gait can occur when not wearing the correct sports bra or any sports bra at all. They found that 4cm was lost in stride length and the range of movement in the arms decreased as well as body rotation. All these changes were found to slightly change a person’s foot strike pattern and so it is important for women to realise that when they do get a shoe fitting, it may be more accurate for them to bring a sports bra along.

Breasts have shown to be the 4th biggest barrier to exercise in women, ahead of facilities and cost. This shows that there is a lack of awareness in a correctly fitted sports bra which creates a reluctance to exercise due to confidence levels being low.

All these factors show that a sports bra is a vital piece of kit, not only for running but for other forms of exercise also.

Which sports bra is right for me?

When you are looking for a new sports bra it is important to consider what type of exercise you will be doing, as there are different categories of sports bras depending on the level of impact. For example, for someone doing yoga / pilates or less impactive sports, then a lower category of bra would be suited. However, for someone who is running then a higher category of bra would be needed.

When trying the sports bra itself, don’t be afraid to do similar movements to what you would normally do when exercising, such as jogging on the spot or stretching. It is also important to ensure that you have a good range of arm movement, so make sure to adjust the bra straps as you try it on.

How to find your best running bra »

How long should a sports bra last?

The life of a sports bra is determined by how much you use it, and so it is advised that you should change it in accordance to how often you change your running trainers. There is no time limit as such, but the more use you get out of it, the more the under band will lose its firmness. The life of a bra can also be determined by how you wash it, so be sure to follow the instructions and to always wash it inside out.

What is the correct method for bra fittings?

The answer to this question is that there is none! The most common bra fitting method (when you measure the over bust and under band) is incorrect, as measurements vary from country to country, brand to brand, range to range and the person herself (just like shoes!). And so when you are trying a sports bra on, the following points should be checked:

If you would like a bra fitting and advice to ensure a correct fit then please feel free to visit one of our stores.

Ffion Jones
More by this author » 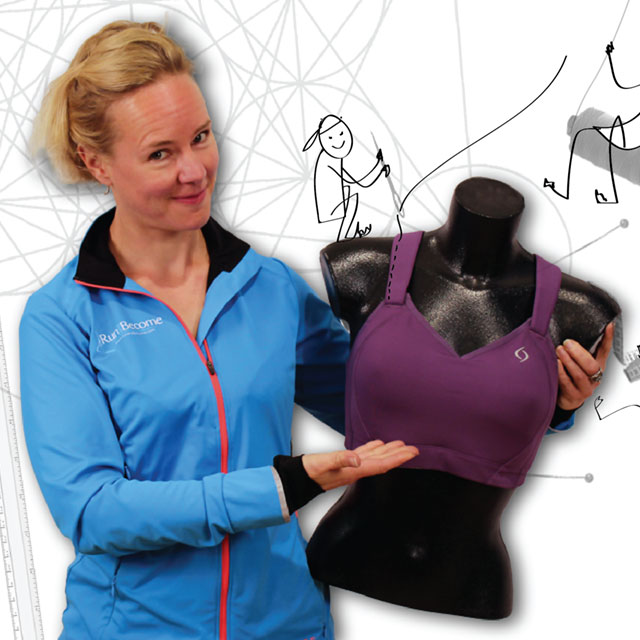