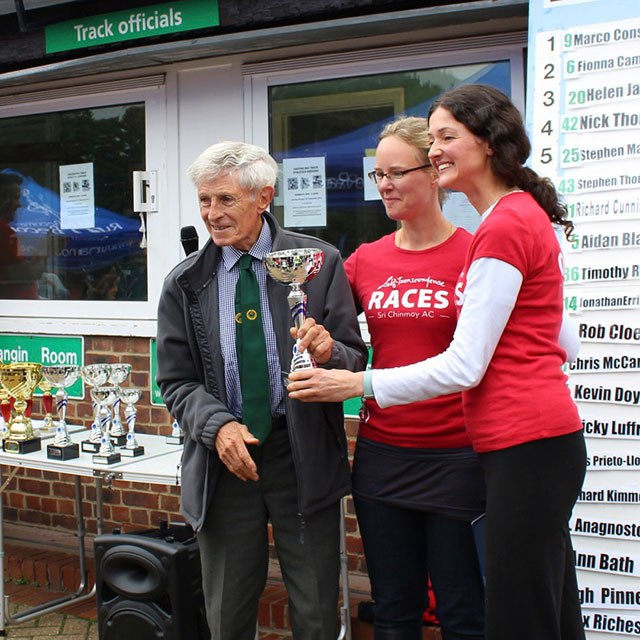 The quiet, unassuming 80 year old from Hinkley in Leicestershire, England, already holds a string of ultra distance age group records at various distances from 30 miles to 24 hours. Geoff has been running all his life and from marathons moved up to ultra distances over 30 years ago.

In the 24 hour race, the idea is to see how much distance one can cover in the 24 hours. Runners run on an accurately measured loop, in this case a 400 metre track, and every lap is meticulously counted to give a final total.

On this incredible journey around the track, Geoff set several records at intermediate distances (subject to ratification) which were:

He also set distance marks at:

His 100k split of 13.55.09 was the only recognised distance where he failed to break the existing world mark of 13.15.57 which is held by the German Horst Feiler. It is, however, a new male over 80 British record.

Geoff has run the race at Tooting Bec many times and is a well respected figure on the UK ultra running circuit. He also rewrote the over 75 records there a few years ago. After the race he praised the organisation of the Sri Chinmoy Athletic Club and the family feel of the event. He did say, that due to family and personal circumstances this year, he had only run two races in the build up to this year’s event, a 10k and 10 miler. Obviously Geoff has a few “Lifetime miles” in the bank, and just loves running. He has also learnt to be almost self-sufficient at these events. 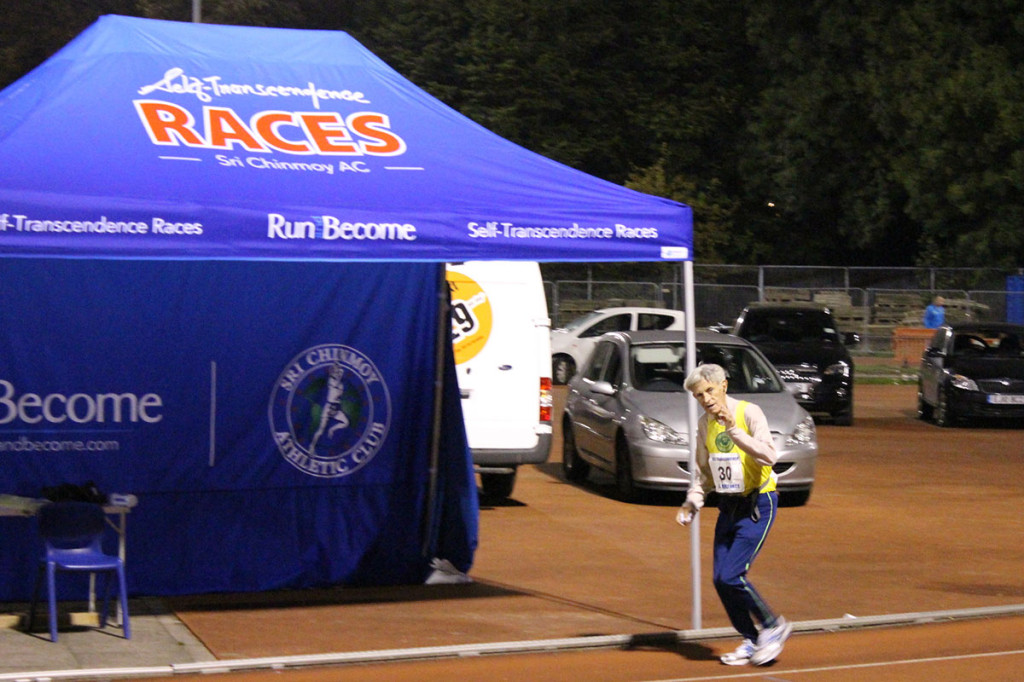 Full results of the race, which was won by Marco Consani of Glasgow’s Garscube Harriers with a distance of just over 154 miles can be found here »