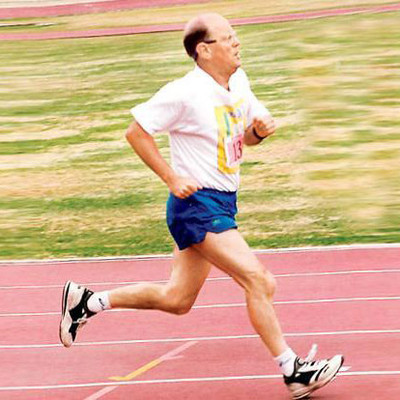 Dr Rajat Chauhan pays tribute to Ongkar Tony Smith, founder of Run and Become, and describes what his inspiration meant to him.

When Ongkar Tony Smith, the original owner of Run and Become, met Rajat Chauhan, a Doctor specialising in muskoskeletal issues, he was impressed by Rajat's knowledge and expertise, he told us how much he liked the Doctor but mentioned nothing else. So it was a very pleasant surprise to be contacted by Rajat two years ago with the news that he was organising an Ultra race in the Ladhak region of North India and the inspiration behind the event was my father.

I learnt that La High Ultra was not just another Ultra race, but quite possibly the most challenging Ultra in the world. A gruelling 222Km, starting at an altitude of 10,766 ft, with a cumulatitve vertical ascent of 13,313 ft througout the race. Oxygen shortage and a temperature variation of 50 degrees Celsius just add to the fun! Unsurprisingly not many sign up for this race, but since Mark Cockbain (UK) managed to complete the inaugural race in 2010 (the only competitor to reach the finish), the race has gone from strength to strength; 9 competitors from 7 different countries completed in 2012, with Michael Nielsen of Denmark winning in 36 and half hours.

On Christmas Eve, Rajat emailed to say he'd written an article about Ongkar Tony Smith. Again, this was a very pleasant surprise. Having read the article we are honoured and humbled. All this goes to show how we have no idea how we can inspire others, what seemed a brief medical meeting to my father has inspired a life changing action in Rajat. Sri Chinmoy (Run and Become's inspiration) used to say, "If you run 2 miles in your town you can inspire someone else living on the other side of the world", that used to seem a little beyond belief to me, but not now.

Read the article at Livemint.com »
Find out more about Ongkar Tony Smith »