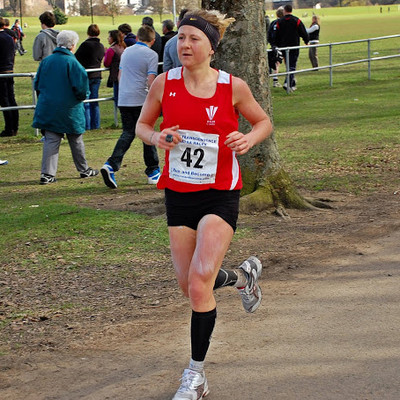 The first British Athletics road race championships of 2013 are set to be staged at Perth in Scotland on Sunday 31st March with the Self-Transcendence 100km race over the classic ultra-distance.

Many of Britain's top ultra distance runners will converge on Scotland's Fair City to challenge themselves over 42 laps of the beautiful North Inch Park on the banks of the River Tay. As well as the national titles of the UK and Scotland, the event incorporates the Anglo Celtic Plate the annual home countries ultra international. Leading runners will also be aiming to achieve qualification times for the IAU world 100km championships to be held in Durban South Africa in the Autumn.

Despite the growth in participation in ultra distance events especially on the trails, the 100km distance is still regarded as the blue riband of the ultra running calendar where the leading men will race at close to 7 minute miles (3hour marathon pace) for approximately 7 hours, with the leading ladies about an hour slower.

Emily Gelder (Wales/Dulwich Runners) is a clear favourite to claim a hat-trick of titles as she was victorious when the championships were last held at Perth in 2011 and also at Redwick in Wales in 2012. She is treating the event as a stepping stone to her participation in the IAU world 24 hour championships in Holland in mid May. Englands Isobel Wykes (Truro RC) looks set to be her main challenger while defending Scottish champion Issy Knox (HBT) will also be determined to defend her Scottish title too.

The men's race is more wide open, On paper the English men's team have 3 or 4 runners all capable of bidding for the title, with the experienced marathon duo of Adrian Marriot(Wells City) and Dave Mitchinson (Newham) hoping to show that recent excellent performances over 50km in 2012 can be translated into a successful road 100km. They are supported by the more experienced ultra runners Marcus Scotney (Dumfries RC) Craig Holgate (Ely) and Harry Johnston (Kingston Poly)

The men's Welsh team is led by Commonwealth 24 hour champion John Pares (Buckley) backed up by Ian Ridgway (Eryri) Jeremy Mower (Gloucester) and Jason Scanlon (Pontypridd Rodents)
Scotland's men are led by the experienced Dave Gardiner (Kirkintilloch) and Marco Consani (Garscube), while giving debuts to Donnie Campbell (Glasgow), Ian Symington (Calder Valley) and Paul Giblin (Paisley). The latter three all have impressive ultra performances on the trails and hills and are hoping to translate that onto the roads.

There is a separate 50km event that incorporates the Scottish 50km road championships.