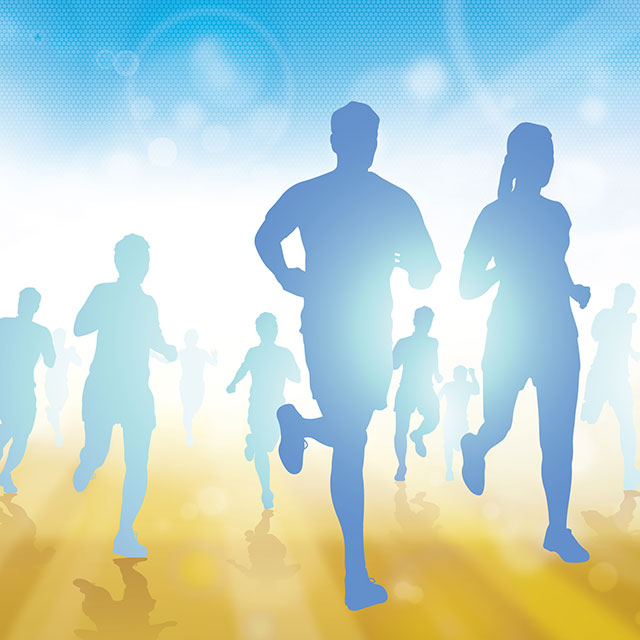 Carnethy Hill Running Club is a running club for those who love to run in the hills and race in the hills. Its members need not have serious ambitions towards national or international standard competition. Many members are regular competitors; others prefer the non-competitive runs organised by the club.

Carnethy was formed on 12th April 1983 as a refuge for the homeless, a place for all those unattached or displaced hill runners in athletics clubs who didn't have a real hill running club to call home. With an oldest competing member in his seventies and a youngest, non-competing, member of a few months, they've quite a range of runners. One of the features of the Club is that, whether champion or also-ran, they are all enthusiasts. You will find mountain bikers resplendent in their new cycle-tops, sea-kayakers, dancers, cross-country skiers, sailors, rock-climbers, orienteers, mountaineers and even the odd cross-country runner amongst their membership, all eager to share their own interests and skills. Time and again people have said that they joined the Club because of the friendly people and their attitude to running in the hills. With a strong ladies section (a third of their membership) and an enthusiastic junior section, Carnethy's strength lies in the diversity of its members and their interests.

Carnethy organise, or are involved in organising, about a dozen races a year. They try to contribute to a well-organised competition in the hills. In the Scottish Championship the Club are currently holders of both the senior and over 40 male and female team titles and male vet50 champion.

In the winter months Carnethy organise a series of night runs in the hills and in the summer months a series of handicap races. Throughout the year Carnethy organise a number of social events, including Club Weekends away, occasional trips overseas and long, leisurely, all day 'journey' runs, interspersed with video nights and talks, cycle climbs, and lots of other events.

What is Carnethy? Carnethy is a Hill Running Club, of course, but much more than that. Carnethy is arguably one of the premier Clubs in Britain and is certainly the largest hill running club in Scotland with a membership of over 300 in 2011. A glance through the past and present member's list reads like a Hill Running Who's Who, with World, British and Scottish Champions, Ultra-distance record holders, Internationals and the like, but that would give a false impression of Carnethy's origins and what Carnethy is still about today. In essence, Carnethy is an association of like-minded people, enjoying hill running for all it has to offer whether it is some crucial competition or a social stravaig 'up there'."
- Carnethy Hill Runners