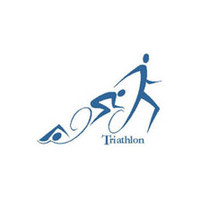 Mission
To welcome all walks of life to Triathlons in the Cardiff area.... You don't need to be super fit or super rich to be a triathlete, you just need guts and determination. "The journey of a thousand miles, begins with the first steps". Give triathlons a try by joining Cardiff Triathlon Club at David Lloyd.

History
Cardiff Tri Club (David Lloyd) officially launched 14th May 2012, although unofficially there has been a group of experienced triathletes (from Super Sprint to Ironman Distance Athletes), in the club offering advice and giving tips for a good many years. It was only a matter of time before a Cardiff Triathlon Club was started due to demand and the distinct lack of Triathlon clubs in the South Wales area.