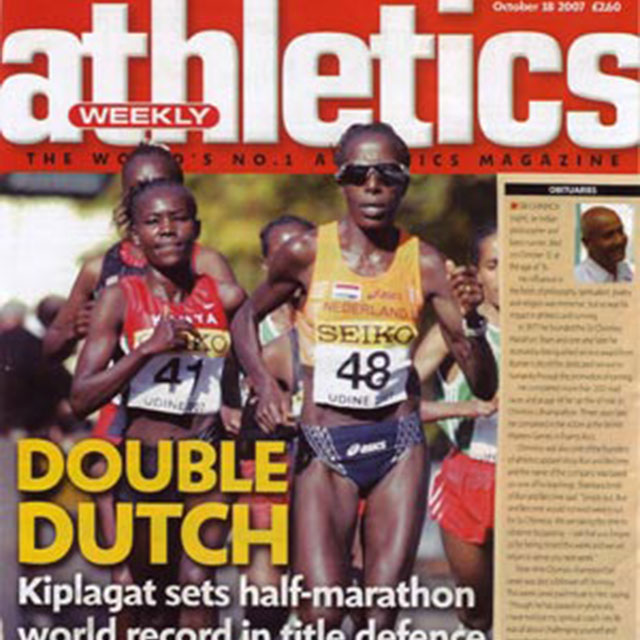 SRI CHINMOY, an Indian philosopher and keen runner, died on October 11 at the age of 76.

His influence in the fields of philosophy, spiritualism, poetry and religion was immense, but so was his impact in athletics and running.

In 1977 he founded the Sri Chinmoy Marathon Team and one year later he received a distinguished service award from Runner’s World for dedicated service to humanity through the promotion of running.

He completed more than 200 road races and at age 49 he ran the 47-mile Sri Chinmoy Ultramarathon. Three years later he competed in the 400m at the World Masters games in Puerto Rico.

Chinmoy was also one of the founders of athletics apparel shop Run and Become and the name of the company was based on one of his teachings. Shankara Smith of Run and Become said: “Simply put, Run and Become would not exist were it not for Sri Chinmoy. We are taking this time to observe his passing — I ask that you forgive us for being closed this week and we will return to serve you next week.”

Nine-time Olympic champion Carl Lewis was also a follower of Chinmoy. This week Lewis paid tribute to him, saying: “Though he has passed on physically, I have not lost my spiritual coach. His life was all about challenging yourself and being the best you can be.”