Ongkar Tony Smith opened the first Run and Become branch in London in 1982. He had taken up running a few years previously and always struggled to find a good selection of running shoes and clothing, not to mention advice, so he was inspired to start a business that would cater for all runners. 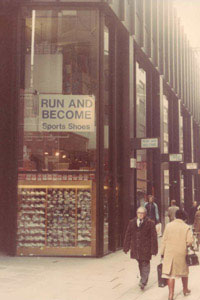 It was Sri Chinmoy and his philosophy of challenging the limits we impose on ourselves, reaching beyond our goals, that inspired Ongkar’s running. Sri Chinmoy was so enthusiastic at the idea of this running shop that he even offered it a name, and that’s where Run and Become came from.

At that time purely running shops didn’t exist. We started as a sports shop offering shoes for many different disciplines but majoring in running. Over the years we gradually phased out the other sports as athletic brands produced a greater selection of running shoes and apparel, and by the time our second branch opened in Edinburgh in 1991 we were a true running specialist.

At about this time Nike brought out the first Air cushioned shoe. The technology in running shoes was expanding, shoes were getting softer, which made running easier for some but also caused problems with stability. We observed how the softer shoes allowed the foot to compress the cushioning more in the areas where greater weight was going through the stride, so if someone had flat arches the shoes would compress more on the medial side. This resulted in the knee turning in slightly to allow the extra movement, and the Achilles twisting, putting more pressure on the calf muscle to keep the leg straight.

So, the new shoes were more comfortable, making distance running easier for most, but were causing new problems. The shoe companies quickly picked up on the problem and stability, or anti-pronation – running shoes appeared on the market for the first time. This threw up a new question; how were runners to know what type of support they needed? We were the first shop to use gait analysis to assess people’s running style and advise them on the correct footwear for their stride. As shoes developed, and the choice of styles increased massively, this service became of paramount importance to our customers.

Testing various ‘gait analysis machines' over the years, we would somehow always came back to our Natural Gait Analysis. Simply because people's running style changes considerably when running on a treadmill compared to running on static surfaces. With the right training and experience, watching a runner reacting to the ground and their surroundings gives the fullest, most comprehensive picture of how the body moves and what it needs.

In 1996 we expanded our London branch into the shop next door – we had no intention of going back on our pledge to stock the fullest range any runner could need, so as full ranges started to appear in racing shoes, trail shoes and fell, we needed more space! Then in 1999 we opened our third branch in Cardiff. And as TimeOut stated we were ‘keeping the capitals running’.

Further expansions over the years have seen us move to brighter, more central locations in Edinburgh and Cardiff and 2015 saw a bigger branch for our London store.

We have always seen Run and Become as more than a running shop. Our aim is to serve runners through our expert analysis and huge range of products, but also to inspire runners to transcend their goals, to offer advice and opportunity. We started organizing races at about the time we opened our first shop; anything from a mile to a Marathon, in conjunction with Sri Chinmoy Marathon Team. You’ll find well our races throughout the year in London’s Battersea Park and Edinburgh’s Meadows. Then there’s the Ultra Races. Every September we hold a 24 Hour Track Race at Tooting Bec in London. In Edinburgh we’ve held 100K races, recently the race was chosen as the UK Athletics Championship, including the Anglo Celtic Plate, a great honour.

Having the right kit is essential for good training but everyone can also benefit from advice and inspiration to bring those goals closer. In 2008 we started to offer free sessions designed to inform and improve performance. Our in-store events cover Form Running classes, Training Evenings, lectures from the likes of Barefoot Ted, and much, much more. We want everyone to enjoy their running and challenge the boundaries of achievement, these events are our way of supporting the running community.

There is also the Run and Become Clinic, which serves to help people understand their condition and to speed up recovery; whether it’s back pain, knee injury, sports or work related conditions, or preventative injury advice you are looking for.

Run and Become started out, and remains, a family business. Originally managed by Tony Smith and his wife Cherry, their daughters have been working in the business for more years than they care to admit, and now run the business (excuse the pun!). Tony passed away in 2006, after a full life, with many miles under his belt, but his ethos for the business remains; provide the best combination of selection, advice, and encouragement for the runners, serve the running community as truly as we can. 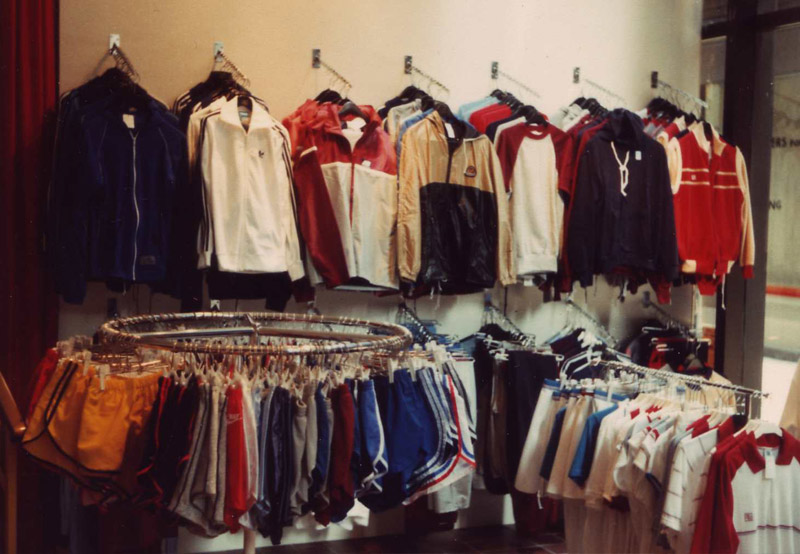 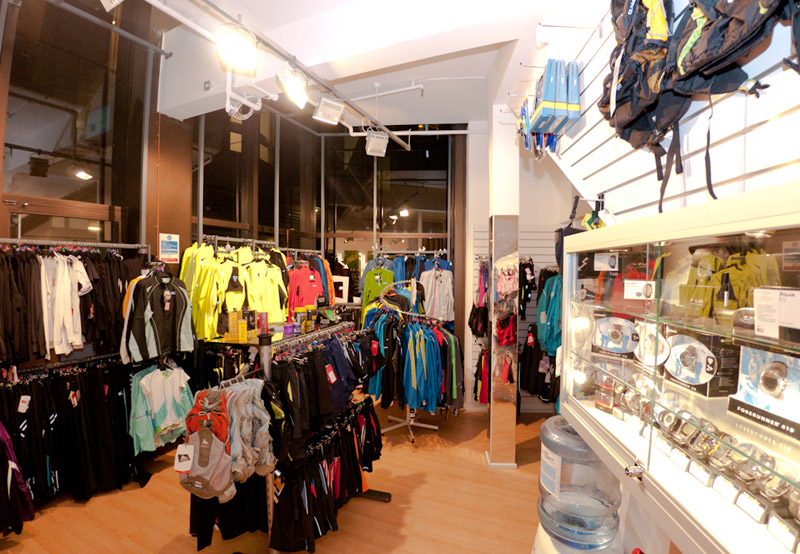 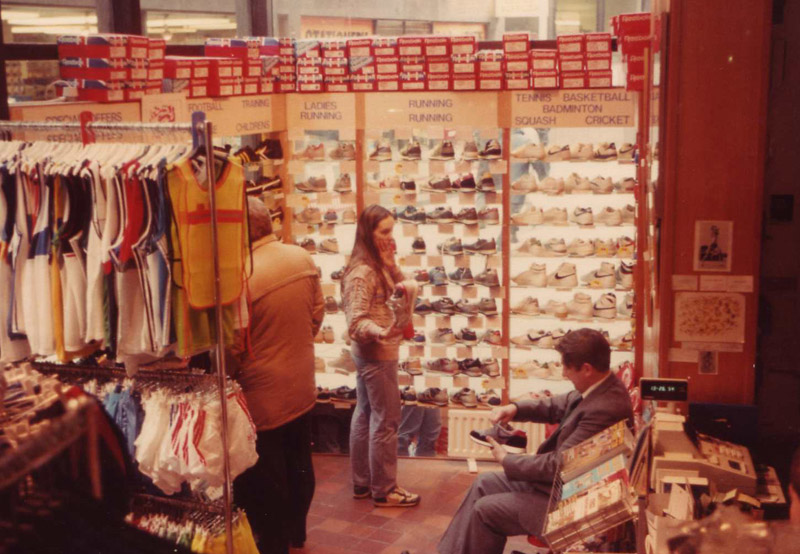 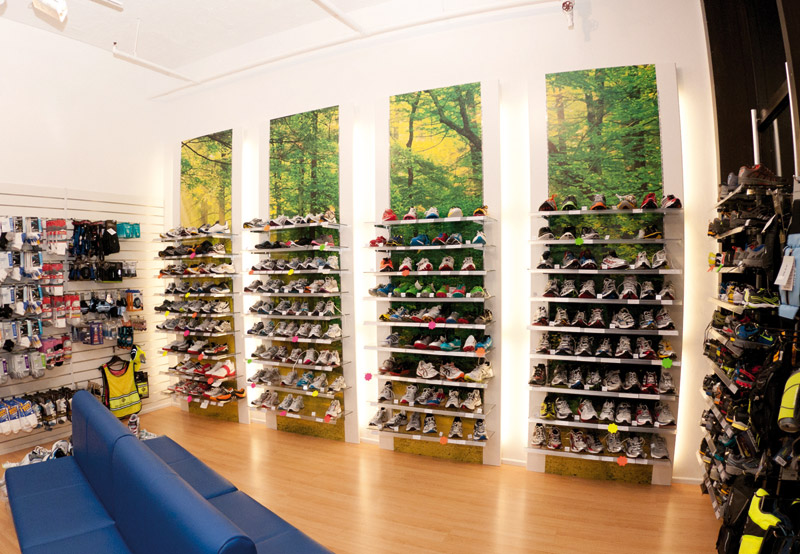 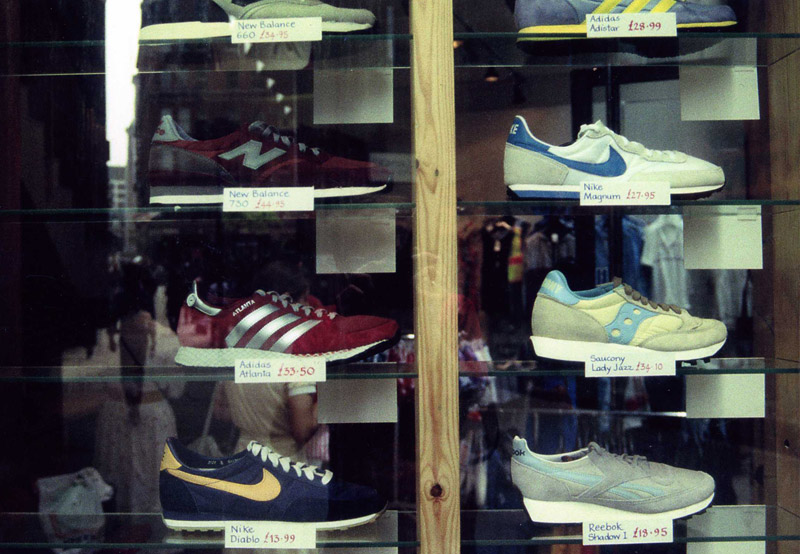 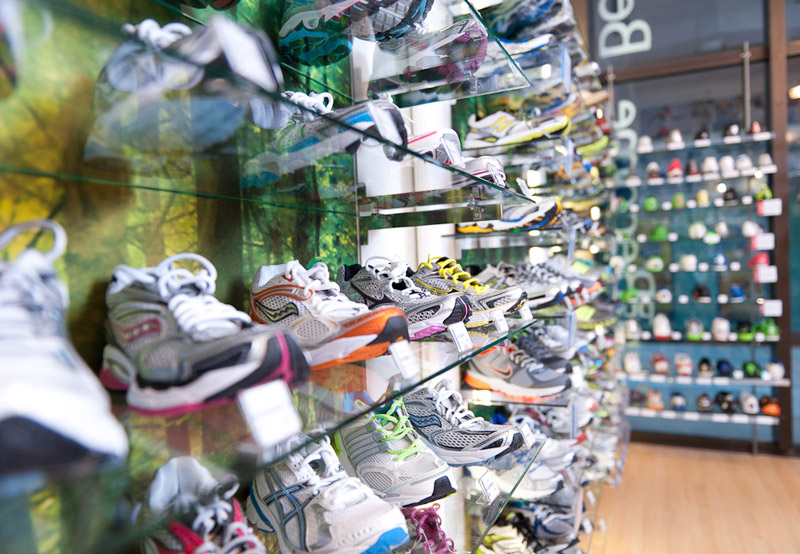 Next Day Delivery available weekdays on orders placed before 3pm for next working day delivery (charge £7.50).